The release of new data from a Brookings/Wall Street Journal collaboration provides a reason to revisit the utterly bizarre contention that economic trends have nothing to do with the rise of Trumpian politics. I don’t know how anyone can look at the charts below, drawn from the Brookings report, and continue to maintain that economic trends are largely irrelevant to the fissures in our politics and the cultural/racial concerns that, in a proximate sense, seem to drive them.

“[I]t’s clear that a series of genuine, penetrating [economic and demographic] shifts have been happening at warp speed through the last decade. These shifts are massively altering the two parties’ economic identities.

For one thing, the two parties have in just 10 years gone from near-parity on prosperity and income measures to stark, fast-moving divergence.

Underlying these changes have been eye-popping shifts in economic performance. Democratic-voting districts have seen their GDP per seat grow by a third since 2008, from $35.7 billion to $48.5 billion a seat, whereas Republican districts saw their output slightly decline from $33.2 billion to $32.6 billion.”

Muro wrote in response to a query from Tom Edsall:that Democrats are winning in the “very powerful, dense, and prosperous economic areas that increasingly dominate the American economy….Democrats control the places that are most central to American economic power and prosperity.”

And we expect this divergence not to have political effects? That doesn’t seem plausible. As Edsall notes:

“A growing body of work demonstrates that scarcity, economic stagnation and relative decline are powerful factors driving intensified conservatism on issues of race, culture and immigration.”

Edsall also provides some interesting comments from political scientist Ronald Inglehart, whose work is sometimes invoked to defend the thesis that economic change has nothing to do with the current culture clash.

Inglehart made the case that a “combination of economic insecurity and cultural insecurity has contributed to the Trump vote.”…Most critical, in Inglehart’s view, is that treating economic and social issues separately creates a false dichotomy:

“The interaction between insecurity caused by rapid cultural change and economic insecurity drives the xenophobic reaction that brought Trump to power and is fueling similar reactions in other high-income countries. And the rise of the knowledge society is driving this polarization even farther.”

Here Inglehart appears to be departing from the common trope of many of his fellow political scientists whose approach has been simply to emphasize anti-immigrant sentiment and different forms of cultural/racial resentment, since they have tended to be the strongest predictors of Trump support in various quantitative studies. I applaud Inglehart’s view since, after all, how much does the standard political science approach really tell us? After all, it should not be a huge surprise that voting for an anti-immigrant, racially resentful candidate is predicted by, well, being anti-immigrant and racially resentful. But why now and why so much support for a candidate with those views? This is the really interesting and important question.

And frankly I don’t think the answer, in a broad sense is that hard to find. A toxic interaction between economic change and cultural reaction is entirely consistent with the historical record on the rise of right populisms. As political scientists Manuel Funke, Moritz Schularick and Christopher Trebesch have shown in their paper , “Going to Extremes: Politics after Financial Crisis, 1870-2014”, covering 140 years, 800 general elections and 20 countries, far right populist parties driven heavily by xenophobia towards immigrants and minorities typically experience a surge in support in the aftermaths of large and lingering crises. And, as economist Claudia Goldin noted in her study of immigration policy debates in the US in the late 1800’s and early 1900’s, “Almost all serious calls for the literacy test [to stem the flow immigrants] were preceded by economic downturns. … and few economic downturns of the era were not accompanied by a call for [immigration] restriction in the halls of Congress.”

So whey are we so surprised that Trumpism is happening now? We shouldn’t be. The answer is right in front of our noses. We also shouldn’t be surprised if Trumpian-style populism here and in other countries continues to be a huge problem if current economic divergences continue. 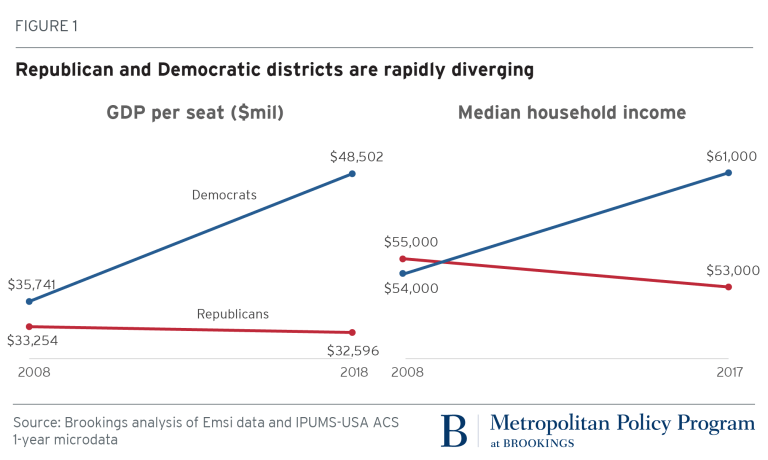 One comment on “Teixeira: Tell Me Again How Economic Trends Have Nothing to Do With Trumpism”