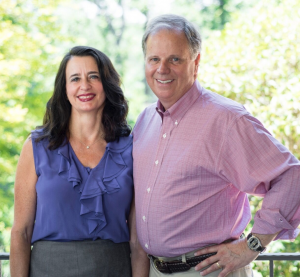 Well, quite a night. How’d it happen–what got Doug Jones over the finish line ahead? The exit polls, interestingly, tell a story that was prefigured by an earlier poll that I posted about back on December 3:

The Washington Post/Schar School poll, a poll that gives Jones a 3 point lead among likely voters, shows how [a Jones victory] will happen, if it does happen. First, overwhelming support from blacks, combined with solid turnout (this poll has blacks at about a quarter of likely voters, which is good but not unreasonably high). Then mega-swings in the white vote relative to 2016. Trump carried the white vote by 70 points in Alabama in 2016. In this poll, Moore carries the white vote by a mere 30 points (63-33).

This scenario more or less came to pass, according to the exit polls. Black voters made up 28 percent of the electorate–beating their share in the Post poll– and supported Jones by 96-4. And Jones lost white voters by 36 points (31-67), pretty close to the deficit in the Post poll (especially when one keeps in mind that exit polls have a chronic tendency to overestimate Democratic deficits among whites). This 36 point deficit is about half the 70 point deficit Clinton ran up among white voters in the state in 2016.

While I don’t have information on the gender breakdown of these voters in 2016, it’s worth noting that Jones had a mere 5 point deficit among white college women, according to this year’s exit poll. This suggests an unusually large swing by these voters toward Jones. A harbinger of what we’ll see in 2018?