“No issue contributed more to the Democrats’ gains in the 2018 midterm elections than the party’s defense of the Affordable Care Act, particularly its provisions protecting patients with preexisting medical conditions,” explains Ronald Brownstein in his article, “The Most Critical Argument Democrats Will Have in 2020” at The Atlantic. “In exit polls during the 2018 election, nearly three-fifths of voters said they trusted Democrats more than Republicans to protect consumers with preexisting conditions. Those voters backed Democrats in House races by a crushing margin of 89 percent to 4 percent. The polling found that the issue was especially important in helping Democrats regain some ground among white women without a college degree, whose support for President Donald Trump was critical to his victories in the three Rust Belt states that effectively decided the 2016 election: Pennsylvania, Michigan, and Wisconsin. Democrats are optimistic that Trump has provided them a comparable opportunity again in 2020 by repeatedly pledging that he will try again to repeal the law if he’s reelected.”

Brownstein continues, “But polls have consistently found that most Americans oppose eliminating private health insurance. In a January survey by the nonpartisan Kaiser Family Foundation, just 37 percent of Americans supported a national Medicare for All plan with a ban in place. In a CNN survey released this week, only 21 percent of all Americans said they preferred a national health-care plan that would eliminate private insurance. Such results have prompted alarm from many Democrats—especially but not exclusively centrists—that running in 2020 on a platform of eliminating private insurance could neutralize the advantage Democrats have achieved on health care by defending the ACA…The sheer magnitude of eliminating private insurance is difficult to overstate. Fully 181 million Americans receive health coverage through their employers, according to census figures. Employer-provided coverage is the source of insurance for the vast majority of well-educated voters on whom Democrats now rely.”

“In the January Kaiser survey,” Brownstein adds, “a solid 57 percent majority of self-identified Democrats said they would still support a Medicare for All system if it eliminated private insurance. But in the more recent CNN survey, which was conducted entirely after last week’s debates, just 30 percent of Democrats and Democratic-leaning independents said they preferred a “national health insurance program for all Americans” that would “completely replace private health insurance.” A much larger group of Democrats and leaners, 49 percent, said they would prefer a national program that does “not completely replace private health insurance.” The rest either did not want to create a national health-care system in the first place or said they did not know what system they would prefer…In that CNN poll, eliminating private insurance did not attract plurality support from any large group within the Democratic coalition. A system that banned private insurance drew support among Democrats from just 33 percent of whites and 26 percent of nonwhites; 27 percent of men and 32 percent of women; and 37 percent of self-identified liberals and 24 percent of self-identified moderates and conservatives. Only among two groups—whites without a four-year college degree and adults younger than 45 years old—did nearly as many Democrats support eliminating private insurance as maintaining it. The idea was especially unpopular among Democrats older than 45, with just 22 percent supporting it and 52 percent opposing it.”

At The Daily Beast, Michael Tomasky notes, “the lower reimbursement rates to hospitals under Medicare will mean that many hospitals would face financial crises and might close. How do you think that will play in swing House districts, where 30-odd Democrats will be struggling to hold onto their seats, being forced to defend this position if someone who holds it wins the nomination? And on top of that, there’s the question of the millions of people who work in the private-insurance business. Unemployment could spike in hundreds of decent-sized towns in the country, local economies noticeably disrupted…I’m just talking about raw politics in the context of a presidential campaign (and, let’s not forget, a simultaneous congressional campaign in which it’s imperative that Democrats keep their House majority, which means they need to hold the swing districts they carried last time). And in raw political terms, these positions stand to lose the Democrats votes. Lots of votes…Health care was the Democrats’ best topic in 2018. It should be their best topic again. Let’s hope they don’t make it their worst.”

In their article, “Can Democrats Stop McConnell and Trump’s Quiet Regulatory Takeover?” at The American Prospect, Jeff Hauser and David Segal write “the judiciary is not the only terrain upon which Trump and McConnell have deployed metaphorical nuclear arms. Beneath the radar, they are also trampling norms to reduce the influence of Democratic appointees at critical independent agencies which protect consumers, workers, and the broader economy. And while Democrats are waking up to the consequences of Republican court-packing, they have required prodding to even notice this other right-wing takeover. Until Democrats recognize these hardball tactics from Trump and McConnell, they are unlikely to develop a legal or political plan to confront them…Democrats need to be elevating Trump and McConnell’s devious stealth nuclear option right now. In the short run, if Republicans blow up the norms surrounding these appointments, they should be forced to own the reputational consequences rather than quietly proceed…In the long run, Democrats running for president must decide whether or not to return to bipartisan norms of the past…Blithely forgetting the current slow-walking of minority agency appointments, rather than applying consequences to Republicans for Trump and McConnell’s partisan undermining of independent agencies, would only encourage more such extreme actions by Republicans in the future.”

At The Washington Monthly, Tabitha Sanders explains “How Democrats Can Really Win Back Power: The party has long neglected its candidates for local office. Amanda Litman wants to change that.” As Sanders writes, “In 2019 alone, Run For Something has endorsed nearly 200 candidates running for positions ranging from the school board to the state house. Winning local seats, [Founder Amanda] Litman believes, is the key to rebuilding the Democratic Party in the long-run…While the national party has invested millions in local races, it is focused narrowly on candidates for legislative seats. The Democratic Legislative Campaign Committee (DLCC), for instance, allocates resources to all 50 state parties but puts a special emphasis into states “where increasing Democratic representation of post-2020 redistricting is crucial.”…In other words, these traditional engines of Democratic mobilizing have left a vacuum at the local level that Litman wants to fill. In turn, she may just be creating an infrastructure to maintain Democratic power in states and cities—and the country—for decades…Republicans have invested much more heavily into winning locally. The Republican State Leadership Committee (RSLC) spent $40 million on state races between 2015 and 2016. Its counterpart, the Democratic Legislative Campaign Committee (DLCC), spent roughly $17 million on similar races during that same cycle, according to someone familiar with the group’s spending…Litman, who has knocked on doors in red districts for candidates her organization has endorsed, was surprised when Republican voters told her in the run-up to last year’s midterms that they had never met a Democrat asking for their vote before.”

Dave Wasserman, the U.S. House editor for the Cook Political Report and a contributor to NBC News has a warning for Democrats, expressed in his interview by Isaac Chotiner in The New Yorker: “You can easily flip the coin and make the case that many Trump voters, particularly white men without college degrees, did not turn out in 2018 because Trump was not on the ballot. And there is real risk for Democrats that those voters are the largest drop-off universe from 2016 to 2018, and will return in 2020. So I am not convinced that 2018 signals a trend toward Democrats in 2020, especially because Trump has proven he is better than anyone else at incinerating his opponents’ images…there was also a decline in African-American participation in those states versus 2012, and that is another key to 2020….And if I wanted to know the turnout rate for one demographic in 2020 for the sake of predicting the result, it would be African-American voters under forty.”

At New York Magazine, Ed Kilgore has some perceptive comments on how the next Democratic presidential debates could be quite different, including: “…The Detroit events may be the last chance lower-tier candidates have to achieve some sort of “breakout moment,” worth its weight in gold as a generator of earned media and campaign contributions…To put it another way, the time for candidates to introduce themselves to the media and the voting public is rapidly expiring. In Detroit, it will be a matter (particularly for the bottom-feeders) of demanding attention via contrived rhetorical stunts and perhaps sharp conflict. In any event, talk of “winners and losers” may change to judgments of “survivors and casualties.”

Democrats looking for a visual edge for debates with younger opponents should consider this: 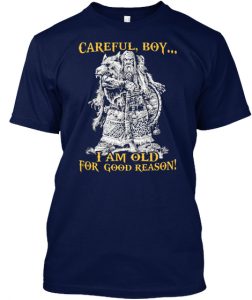