At Sabato’s Crystal Ball, Theodore R. Johnson, a senior fellow at the Brennan Center for Justice and expert on African-American voting patterns, explores the vital role that black voters will play in the 2020 Democratic presidential primary in an excerpt from his contribution to The Blue Wave: The 2018 Midterms and What They Mean for the 2020 Elections by Larry J. Sabato and Kyle Kondik. Among Johnson’s conclusions: “Black voters are a crucial voting bloc in the upcoming Democratic primary season, particularly in the South…White candidates with proven bona fides among black voters can compete for the black vote, even against other black candidates, as Joe Biden is showing (at least for now)…The differing backgrounds of Kamala Harris and Cory Booker provide each with unique avenues to appeal to black voters…Whites, not blacks, are driving the growth in liberal self-identification among Democrats.” 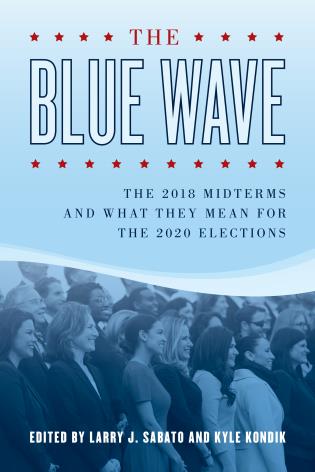 With the Supreme Court set to rule in the coming days on the legality of the Trump administration’s addition of a citizenship question to the 2020 census,” Ari Berman writes at Mother Jones, “all eyes are on Roberts, now the court’s ostensible swing justice after the retirement of Anthony Kennedy. Many are wondering which Roberts we’ll see—the pragmatic justice who saved the Affordable Care Act in 2012 and has occasionally, as in the Buck case, sought to redress egregious instances of racial discrimination? Or the hard-edged conservative who wrote the majority opinion gutting the Voting Rights Act in 2013 and has spent much of his career trying to roll back civil rights for racial and ethnic minorities? His ruling in the census case will determine Roberts’ legacy—and that of the court he presides over—for many years to come…At stake is whether Roberts will allow the Trump administration to rig American politics for the next decade by corrupting the census, and turn the Supreme Court—which he has often said should stay above partisan politics—into an unmistakable ally of the Republican Party and white power. If the court upholds the administration’s addition of the question, experts say, it would reduce census participation by immigrants afraid of being targeted by the government and diminish the political power and economic resources of parts of the country where many immigrants live.”

In his New Yorker article, “What Are the Chances of Trump Being Reëlected?,” John Cassidy observes, “The good news for Trump is that he retains a solid base of support, and the demographic to which he has the strongest appeal—white Americans who don’t have a college degree—still represents a very big chunk of the electorate. Plus, the unemployment rate is just 3.5 per cent, and most Americans are optimistic about the economy. The bad news for the Trump campaign is that other demographic groups seem to have turned even more heavily against him, and a strong economy has failed to lift his approval ratings. Moreover, recent polls suggest that he is in trouble in a number of battleground states, including the three that were key to his victory last time: Michigan, Pennsylvania, and Wisconsin.”

Michael Riley and Jordan Robertson report in “Russian Hacks on U.S. Voting System Wider Than Previously Known” at bloomberg.com that “Russia’s cyberattack on the U.S. electoral system before Donald Trump’s election was far more widespread than has been publicly revealed, including incursions into voter databases and software systems in almost twice as many states as previously reported…Details of the wave of attacks, in the summer and fall of 2016, were provided by three people with direct knowledge of the U.S. investigation into the matter. In all, the Russian hackers hit systems in a total of 39 states, one of them said…“They’re coming after America,” [former F.B.I. Director James] Comey told the Senate Intelligence Committee investigating Russian interference in the election. “They will be back.”…A spokeswoman for the Federal Bureau of Investigation in Washington declined to comment on the agency’s probe.”

Riley and Robertson continued, “Such operations need not change votes to be effective. In fact, the Obama administration believed that the Russians were possibly preparing to delete voter registration information or slow vote tallying in order to undermine confidence in the election. That effort went far beyond the carefully timed release of private communications by individuals and parties…“Last year, as we detected intrusions into websites managed by election officials around the country, the administration worked relentlessly to protect our election infrastructure,” said Eric Schultz, a spokesman for former President Barack Obama. “Given that our election systems are so decentralized, that effort meant working with Democratic and Republican election administrators from all across the country to bolster their cyber defenses.”

At FiveThirtyEight, Perry Bacon, Jr. shares an instructive chart in his post “Which Democratic Candidates Are The Most Progressive On Criminal Justice Issues?“: 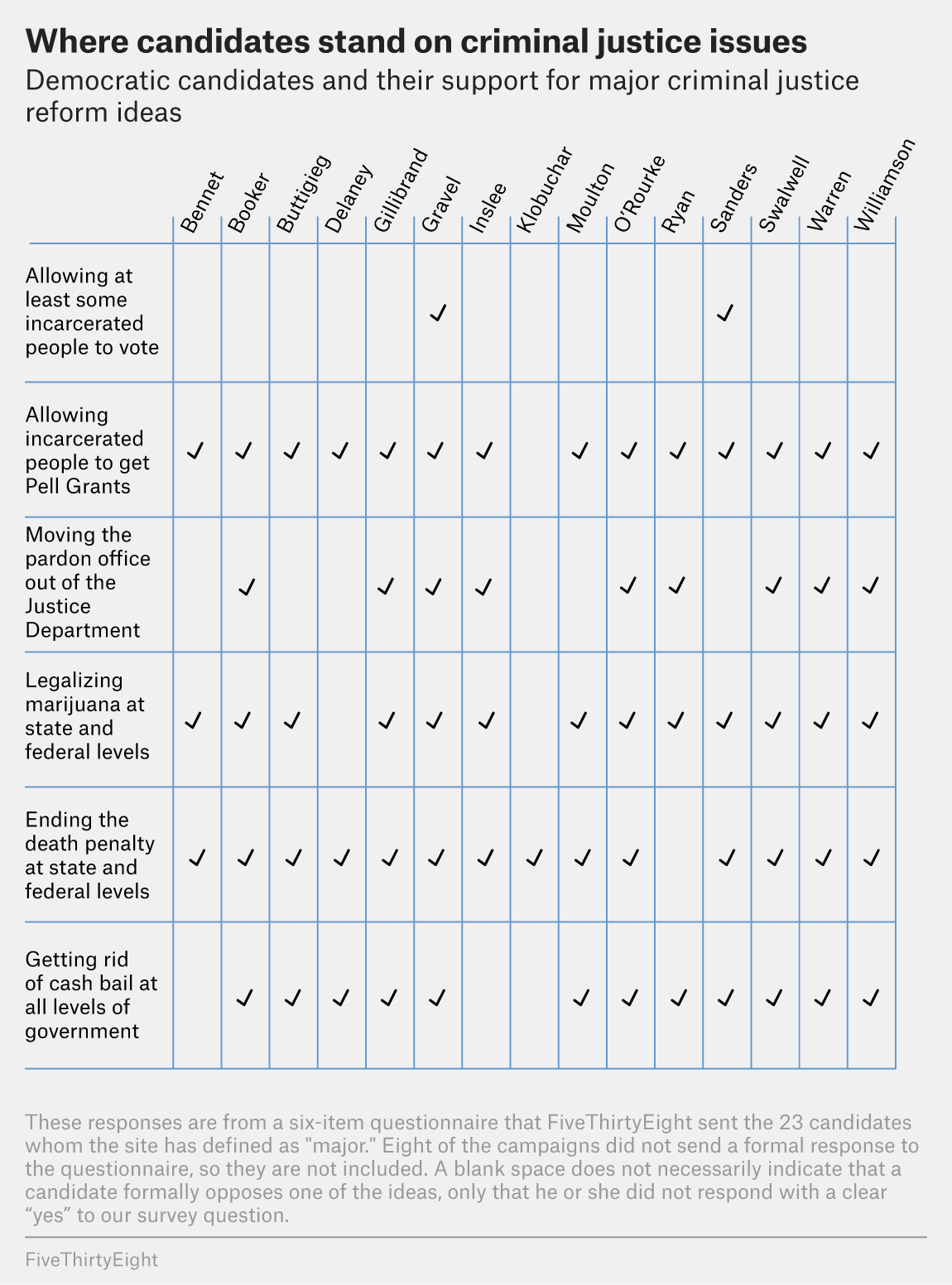 Netroots Nation meets July 11-13 in Philadelphia. Some of the panels include: And She Could Be Next: The Rise of Women of Color as a Transformative Political Force; Is It Time for a General Strike?; and New Tech City? Smart Cities, Tech-Driven Development and Creating the Communities We Want; Making the Green New Deal Real; Tearing Down Cages: How We Divest from the ICE Police State and Invest in Thriving Communities; What Philly Taught Us: How Philadelphia Activists Beat School Privatization to Restore Local Control; Different Math: Candidates and Campaigns that Changed the Voter Landscape; For the People: How Primaries Build Power and Transform What is Possible; Equality at the Ballot Box: Lessons from Standing Rock; Don’t Put Digital in the Corner: Why Every Department Should be Using Digital Tools and Tactics; Field-Centric Data: Building Feedback Loops; and Relational Organizing Insights from the Field: Scaling for the 2019/2020 Cycle.