In his CNN Politics post, “Why Congress is hesitant to pass gun control, by the numbers,” Harry Enten writes: “Last year, Gallup asked Americans whether they would vote only for a candidate who shared their views on gun policy or whether it was one of many important factors they would consider before voting. Among gun owners, 30% said they could vote only for someone who shared their viewpoint. Among those who didn’t own guns, it was 20%. Not only that, but since 2000 the percentage of gun owners who said gun issues were key to their vote climbed by 17 points. It rose by just 10 points among those who didn’t own guns…Pew has made similar findings to Gallup. Gun owners are 9 points (21% to 12%) more likely to have contacted public officials about gun policy than those who don’t own guns. Americans who favor loosening gun laws have been 7 points (22% to 15%) more likely to contact public officials than those who favor stricter gun laws….Even if some Republicans were tempted to support stricter gun control, these numbers suggest that they might be pressured into voting against it because gun rights advocates are more likely to make their voices heard.”

Josh Voorhees wites at slate.com that “…There is major difference between an issue not being an automatic drag on your electoral prospects and actually being a boon to them. Saying gun control isn’t the losing issue it’s made out to be is not the same as saying it’s a winner. There are plenty of logical reasons for Democrats to fret. The majority of Americans may be in favor of small, specific actions like universal background checks or renewing the ban on assault weapons, but as Ramesh Ponnuru argued persuasively in the National Review in November after the mass shooting in Las Vegas, one reason the passion for those very actions is so muted is that many supporters don’t actually believe such laws would make all that much of a difference. Things only get more complicated when the debate moves into the abstract and away from the specifics (as it often does when the NRA is involved); opinions on gun control versus gun rights tend to swing toward control in the aftermath of a high-profile shooting before swinging back as time passes. That means a gun-centric pitch from Democrats would likely find a receptive audience today but an uncertain one in November…Democrats would have a particularly strong argument for tying Trump to the lack of action on guns, considering the NRA was one of Trump’s earliest backers—to the tune of $30 million—and remains one of his strongest supporters. That gamble could come with a rather big reward if gun control activists were able to capture a few notable Republican scalps in November: the chance for them and Democrats to do a little mythmaking of their own. Convincing Americans that gun control isn’t toxic at the ballot box wouldn’t be enough to pass meaningful gun laws, of course, but it might finally be a start.”

From Vox, hypocrisy much? 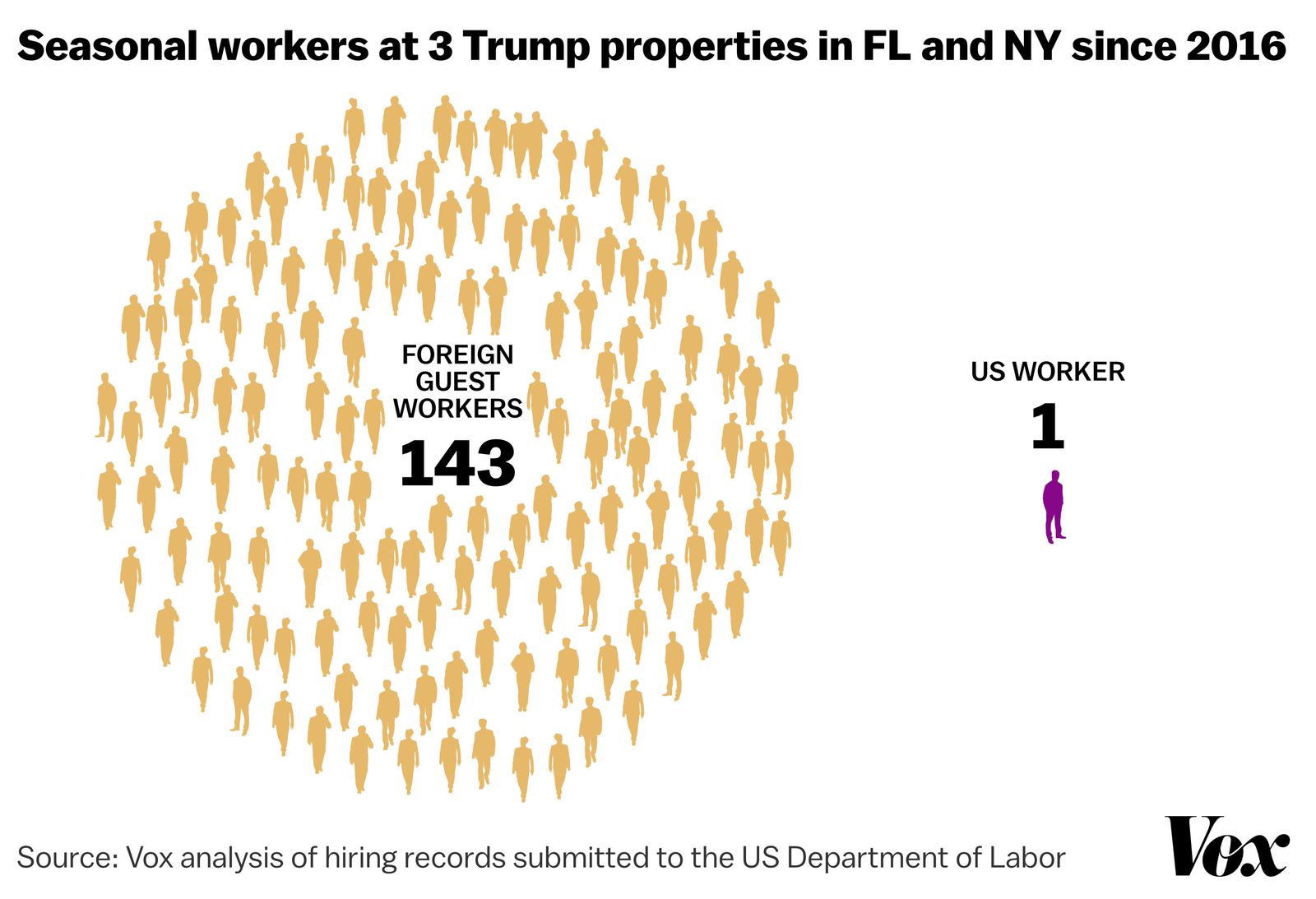 At Politico, Elena Schneider reports that “Republican Rick Saccone holds a slim lead over Democrat Conor Lamb in the special election for a Western Pennsylvania congressional seat, according to a Monmouth University poll released Thursday…Saccone leads Lamb, 49 percent to 46 percent, the poll shows — only a marginal edge for Republicans in a district that supported President Donald Trump by 20 points in 2016. Another 4 percent are undecided, and 1 percent support a third-party candidate…The enthusiasm gap in the district strongly favors Democrats. Nearly half of Democratic voters, 48 percent, say they are following the March 13 special election closely. By contrast, only 26 percent of Republican voters are following the race closely.” The electiopn is March 13th.

Noting that the Monmouth poll has “a very good reputation,” Ed Kilgore elaborates: “this is a race where the Republican should be far ahead. PA-18 is both strongly Republican and strongly pro-Trump. The GOP congressman (Tim Murphy) whose sex-scandal-driven resignation forced this special election faced no Democratic opponent in 2016 or 2014; even in the Democratic landslide years of 2006 and 2008 he won with 58 percent and 64 percent of the vote, respectively. There is not, moreover, any reason to expect an anti-Trump backlash to demoralize Republican voters: Trump carried the 18th by 20 points (as compared to his one-point margin in Georgia’s Sixth District, the historically Republican district that was the site of last year’s hottest House special election)…If Lamb does pull the upset, or even gets close, it will provide fresh evidence that 2018 could be a big year for House Democrats — and that Trump Country territory like southwest Pennsylvania isn’t safe.”

E. J. Dionne, Jr. provides an eloquent description of one of Trump’s biggest liabilities, which Democrasts should think about addressing more creatively. In his column, “A Groundswell for Sanity,” Dionne writes, “The hardest of the hardcore Trump loyalists are still likely to cast ballots this year. But he also drew support from loyal Republicans and white working-class swing voters. Many of them were not enthralled by him but couldn’t abide Hillary Clinton — or were just plain angry. It’s hard to imagine they’re overjoyed with the past 13 months…Some members of this dispirited group overlap with a third key constituency that is underanalyzed because its ranks are not exceptionally partisan or ideological. They are citizens who ask for a basic minimum from those in charge of their government: some dignity and decorum, a focus on problem-solving, and orderliness rather than chaos. Trump and the conservatives sustaining him are completely out of line with this behavioral conservatism built on self-restraint and temperamental evenness…They include small-business owners who prefer low taxes but care about schools, roads, libraries and parks. They may be critical of government, but they also expect it to do useful things. They don’t much like bragging and find an obsession with enemies unhealthy…The obvious political calculation is that this fall’s elections will be decided by which side mobilizes its most ardent supporters. But here is a bet that there is also a quiet revolution of conscience in the country among those who are sick to death of the chaos they see every day on the news, a White House whose energy is devoted to stabbing internal foes in the back and a president who can’t stop thinking about himself. In the face of this, demanding simple decency is a radical and subversive act.”

“In the 2016 presidential election, black voters, on average, waited 16 minutes to vote, while Latino voters waited 13 minutes, according to a Massachusetts Institute of Technology survey of voters. In the same election, white voters waited 10 minutes. In 2012, black and Latino voters stood in line for more than 20 minutes to cast their ballot, nearly twice as long as white voters…Stephen Pettigrew, a political scientist at the University of Pennsylvania, has found if there are two neighborhoods in the same city, and one is majority-white and the other has more blacks and Hispanics, voters in the white neighborhood have a shorter wait…Voting rights advocates call the disparity a “time tax.” They argue that it violates the fundamental right to vote — and that it is often intentional…In poorer counties and cities, long lines may stem from a lack of resources. But even in wealthier counties, minority communities tend to get fewer polling places, voting machines and poll workers than white neighborhoods in the same county, according to a 2014 study from the Brennan Center for Justice at New York University’s School of Law.” — from “Voting Lines Are Shorter — But Mostly For Whites” by Matt Vasilogambros at HuffPo.

Laura Clawson gets down to the nitty-gritty in her Daily Kos post, “How much of tax bill’s benefits do the richest 1 percent get? The answer might surprise you,” and concludes with a succinct soundbite for Democratic candidates everywhere: “The answer, of course, is more than 80 percent, something only 17 percent of voters currently realize. Democrats need to inform the public and drive that number up by November. It’s hard to wrap your head around, of course: 1 percent of the people getting more than 80 percent of the benefit? Even 20 percent of the benefit seems like an awful lot. But it’s true, and Republicans are going all out to keep voters from realizing what the Republican tax plan was all about. The more people know, the better the Democratic chances in November. ..So say it whenever you get the chance: More than 80 percent of the tax plan’s benefits go to the richest 1 percent of Americans.”

Ronald Brownstein addresses an unusual political question in his article, “Could Amazon Flip a State? Democrats could gain politically if the company chooses a city in a battleground state for its second North American headquarters.” at The Atlantic: “Amazon has signaled it intends to finalize its choice this year. Once it’s established, the number of workers connected to the new corporate hub is expected to grow significantly, with Amazon actively recruiting employees from around the country. Amazon projects that it will directly inject into the winning community up to 50,000 new jobs and $5 billion in investment. Based on the spin-off effects it has experienced in Seattle, the site of its first headquarters, Amazon forecasts that other companies will create roughly as many additional jobs. Add in the workers’ families, and Amazon’s choice city could attract well over 100,000 new residents…But the company’s selection could plausibly nudge the current swing states of Pennsylvania and North Carolina toward the Democrats—or accelerate Georgia’s transition into a genuinely competitive battleground. It might take years, but if Amazon founder Jeff Bezos picks one of those places, he could deliver a major political disruption right to the two parties’ doorsteps.”