Harry Enten explains why “2020 Polls Lay Out an Ominous Pattern for Trump” with respect to a Trump race against the front-runner for the Democratic nomination: “Voter selection in the Biden/Trump matchup is nearly perfectly predicted by approval of Trump. Among those who approve of Trump, Trump leads 92% to 5%. Among those who disapprove of Trump, Biden is ahead 95% to 3%…The result of this breakdown is the same as it’s been in pretty much every other poll: Biden currently leads Trump…That’s because Trump’s approval rating stands at only 44%, compared to a disapproval rating of 53% among voters. To win in 2020, Trump can’t have the election be a referendum on him if his approval rating is this low. He needs to win a substantial share of those who disapprove of him. So far, that’s not happening..We saw this same paradigm in the 2018 midterms. Democratic House candidates won 90% of those who disapproved of Trump’s job performance, while Republicans took 88% of those who approved. Combining these stats with the fact that Trump’s approval rating (45%) was 9 points below his disapproval rating (55%) meant that Republicans lost control of the House.”

“Kentucky Gov. Matt Bevin is a presidential phone-buddy and White House regular who’s become one of President Donald Trump’s loudest surrogates,” Alex Isenstadt writes in his article, “The 2019 governor’s race that has Trump’s team sweating” at Politico. “He’s also one of the most unpopular governors in the country, facing a treacherous reelection in November. And the White House, fearing that an embarrassing loss in a deep-red state would stoke doubts about the president’s own ability to win another term, is preparing to go all-in to save him…The Trump team has watched with growing concern as Bevin’s approval ratings have plummeted to the low 30s. With the presidential campaign kicking into gear, the Kentucky governor’s race is likely to be the most closely watched contest in the run-up to 2020, and Trump aides acknowledge alarm bells will go off if one of the president’s closest allies loses in a state that Trump won by nearly 30 percentage points.” 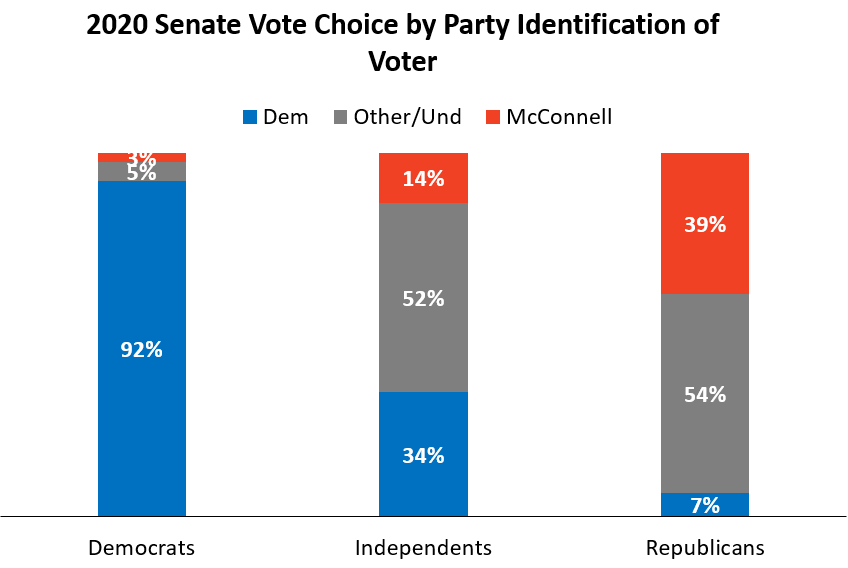 But the news is not so good from Florida, as P. R. Lockhart reports at vox.com: “After weeks of debate and over the objection of several voting and civil rights groups, the Florida Legislature has passed a measure requiring people with felony records to pay all financial obligations from their sentencing or get these obligations excused by a judge before they can have their voting rights restored…On Friday, in the closing hours of the legislative session, the Florida House voted 67-42 to pass an amended elections bill containing the repayment requirement. A similar bill cleared the Florida Senate a day earlier…Politico reports that decision to add the requirements to a larger elections bill was an “11th hour” change. Previously, the requirement had been included in two standalone bills, both of which focused on implementing a 2018 ballot initiative that restored voting rights to people with felony records.” As many as 1.4 million Floridians may be affected.

Here’s hoping Democratic strategists are also paying close attention to the analysis of Ari Berman, who comments on the GOP’s voter suppression in Florida in Mother Jones, but also notes: “Arizona, another emerging battleground where Democrats picked up a US Senate seat and the secretary of state’s office in 2018, also passed a new law restricting voter access. Arizona holds early voting until the Friday before an election and then allows counties to open emergency voting centers for people that can’t get to the polls on Election Day. But under the new law, signed by Republican Gov. Doug Ducey, voters at the emergency centers must sign an affidavit under penalty of perjury claiming they have an unavoidable emergency. If they’re shown not to have a valid emergency, they face up to three years in jail…The Arizona law also gives county boards of supervisors the exclusive authority to open emergency voting centers. This seems aimed at Maricopa County elections director Adrian Fontes, a Democrat who opened five emergency centers before the 2018 election over the objections of the Republican-controlled county board of supervisors. Nearly 3,000 Maricopa County voters cast emergency ballots in 2018.”

The Pelosi-Schumer-Trump infrastructure summit thing got more distraction than traction, owing in part to the Trumpi/Barr and other sideshows, but also because of built-in booby traps. As Gabrielle Gurley notes at The American Prospect, “One problem with a Trumpian national infrastructure program is his belief that states that did not vote for him are not worthy of federal dollars—a mindset that should doom any such initiative in the Democratic-controlled House. There’s a spotlight on broadband, presumably because the president understands that he could enhance his standing with his favored rural constituencies who lack high-speed internet (and could ignore the underserved urban areas he loathes)…For now, the Democrats plan to wait for the White House to release the details of its proposals. But Schumer’s demand that Trump rescind portions of the Tax Cuts and Jobs Act, his signature piece of legislation, to help pay for infrastructure projects is a nonstarter (as Senate Majority Leader Mitch McConnell and other Republicans have pointed out) that could crater the talks…Trump has not shown any willingness to reach across the partisan divide on an issue that matters to so many Americans, and he probably won’t start now. Such a gesture would be an aberration in a presidency that has produced no programs of merit.”

“This is an insanely big deal,” says Josh Marshall, editor and publisher of Talking Point Memo, explaining that “the President’s personal lawyer is conducting unofficial diplomacy abroad, apparently mixed with his own private business and investments, in which he offers friendly treatment from the President of the United States in exchange for those governments targeting the President’s political enemies. This was reported and it wasn’t the biggest story of the week. This is a far, far bigger deal than any other fears about future tampering in a US presidential election using Facebook ads. The stakes are much higher, the danger much greater, when the colluding candidate is also the President of the United States.”

His article title, “Nobody Wants to Run for Senate: Why Democrats are opting to do just about anything else but campaign for Senate these days” grossly overstates the case, but Slate’s Jim Newell makes a worrisome point in noting that “The decisions by three candidates in key states to choose presidential bids over Senate races have given many Democratic voters and operatives apoplectic fits. Former Rep. Beto O’Rourke chose to spend the cycle standing on various objects in Iowa instead of doing so in Texas, where he nearly knocked off Sen. Ted Cruz last year and could have opted to try to knock out Sen. John Cornyn in 2020. John Hickenlooper, a popular two-term governor from Colorado, decided to launch a go-nowhere presidential campaign instead of challenging the state’s extremely vulnerable Republican senator, Cory Gardner. And it now appears that Montana Gov. Steve Bullock, one of the two Democrats capable of winning elections in Montana—the other, Jon Tester, already serves in the Senate—will also launch a go-nowhere presidential campaign instead of running against Republican Sen. Steve Daines…A number of other high-profile Democrats who aren’t running for president—there’s still time!—have also turned down Senate bids. Texas Rep. Joaquin Castro announced this week that he wouldn’t challenge Cornyn, either, while first-term Iowa Rep. Cindy Axne opted against challenging Sen. Joni Ernst, just as former governor and Agriculture Secretary Tom Vilsack did in February. Perhaps most notably of all, Stacey Abrams, who captivated Democrats in Georgia’s gubernatorial race last year, recently informed Senate Democratic leader Chuck Schumer that she wouldn’t challenge Republican Sen. David Perdue this cycle.”

Here’s a messaging tip from “A new brain study shows a better way to engage voters on climate changeNeuroscience startup studies emotional intensity of response to different terms” by Joe Romm at Think Progress: “The phrase “climate crisis” engages voters emotionally better than either “climate change” or “global warming.”..That’s the new finding from the brain science startup SPARK Neuro, which used an electroencephalogram (EEG) and other bio-measurements to examine how 120 Democrats, Republicans, and independents responded to different terms for the growing threat we face from rising levels of carbon pollution…According to the study, “climate crisis” got a 60% higher emotional response from Democrats than “climate change.” It triggered triple the response from Republicans.”